An avid reader all her life, as well as a longtime editor, reviewer, and speech writer, Max Folsom never envisioned herself as a mystery writer. The author of the Baker Somerset series of mysteries is a member of Sisters in Crime, Crime Writers of Canada, and the League of Vermont Writers. She also writes a review column in the quarterly Sherlockian journal Groans, Cries and Bleatings. Read more > 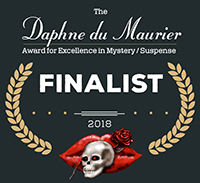 NEWS:  COVER COMING SOON!
One Bad Day After Another, the first Baker Somerset crime novel, was one of the five finalists for both the Unhanged Arthur Ellis Award for Best Unpublished First Crime Novel and the Daphne Du Maurier Award for Excellence in Mystery/Suspense.

Baker Somerset’s Ottawa is a world-class city rich in culture and vibrant with excitement. It is the capital city of Canada, located on the south bank of the Ottawa River. Originally called Bytown, it became Ottawa in 1855 and is now the fourth largest Canadian city. The crime rate is low, but Somerset is never short of detective work. Read More >

Baker Somerset is a thirty-one year old former Scotland Yard detective who now owns her own detective agency in Ottawa. She is five feet seven inches tall, weighs one hundred fifteen pounds, has red hair, freckles, and scars from gunshot wounds on her abdomen, left shoulder and thigh. Somerset’s father is British and an Inspector at Scotland Yard. Read More >

Case 1: One Bad Day After Another

One morning, Baker Somerset arrives at her Ottawa office to find a swarm of police standing over a body sprawled across the threshold. The body carries no identification, but does have a wad of cash, a lock-pick set and a business card from Case Closed Investigations, Somerset’s private detective agency. Determination to find the man’s killer sets Somerset on a course that will cause her to relive one of the worst moments of her life. It will also offer her the chance to finally close the case that forced her to leave police work after being shot. Read More >

From the cozy mystery story to the hard-boiled detective novel one thing remains true—there’s a dead body. Jessica Fletcher in Cabot Cove, Maine, stumbles across one almost every time she leaves her house in the television series Murder She Wrote. We want our hard-boiled heroes to shoot first or at least beat the bad guy up. So, in fiction how do we portray a culture like Canada’s which has fewer murders and violent crimes, and yet still keep our fictitious villians really awful? Read More >

Peter Griffiths was an eager-beaver law student working for the MP of his constituency over the summer. One morning, seven years ago, he left the MP’s office in the Centre Block of Parliament Hill, carrying a file folder with sensitive material, which was to be delivered to an office upstairs. After an hour had passed and he had not shown up at his destination, Security was called. A thorough search of the three Parliament buildings, and the grounds of the Hill was made, but there was no trace of him. Read More >